I find camping to be a very fun activity to do outdoors. I know some people don’t see it in that light though because they don’t consider camping a proper hobby, or just won’t partake in it because of one reason or another. Regardless of your reasoning for not camping, there are still things to know about dispersed camping.

Dispersed camping is a very popular and affordable type of camping that takes place outside of the established campgrounds. People who opt to do dispersed camping love being in a quiet and beautiful setting.

But what should you know before going into it? I’m sure you have some questions about dispersed camping, so let’s answer 6 of the most common ones.

What is Dispersed Camping?

Dispersed camping is a style of camping where you drive as close to your campsite as possible, set up your tent, and spend the night. This is different from vehicle-based camping because it allows you to camp in areas where there are no designated campsites.

Camping is a great way to spend time with friends and family, but sometimes you want to get away from it all. Dispersed camping is an easy way to do that.

Dispersed camping is exactly what it sounds like: You camp somewhere away from other people. It’s a great way to get away from crowds, noise and everything else that ruins a good night’s sleep in the woods.

You can go anywhere in the national forest or national park where dispersed camping is allowed — on most federal lands, there are no designated campsites; you just find a spot that’s already been used by others and set up your tent there.

Dispersed camping isn’t permitted everywhere, but many areas have large tracts of land without any developed campgrounds whatsoever. And even when there are developed campgrounds, they tend to be quite spread out so it’s still possible to find peace and quiet while staying in an official campsite.

If you’ve ever gone camping in a traditional spot, chances are you’ve experienced the same thing. You arrive at your chosen spot and set up camp. After a few hours of relaxing, you head off to get water or firewood. But when you return, your tent is no longer where you left it.

You never know what might happen when camping in the mountains. Maybe a strong wind blew away your tent. Maybe an animal took it as its own home. Or maybe someone else moved it while they were looking for their own site.

Dispersed camping is often more of an adventure than traditional car camping and offers unique opportunities for outdoor exploration. In many cases, dispersed camping can also be less expensive than traditional campgrounds because there are no fees or reservations required – although there may be some limitations on where you can camp (i.e., not within 1/4 mile of any water source).

Who is it for?

For many people, dispersed camping is a preferred alternative to camping in developed campgrounds because it offers the opportunity to get away from other campers and enjoy the solitude of nature.

Dispersed camping can be a great way to get away from it all and enjoy nature on your own terms. If you like to camp in the wilderness, but don’t care for crowds, then dispersed camping may be your ticket.

There are several advantages to dispersed camping over staying at developed campgrounds:

You can choose a site that fits your needs and preferences without worrying about other campers or noisy neighbors.

There’s no need to worry about bumping into other campers if you want to spend some time alone away from civilization.

There are no rules or restrictions when it comes to choosing your campsite location as long as it’s on public land. You might even find yourself waking up in a beautiful meadow surrounded by wildflowers and trees!

You will Need to be Self Sufficient

Because dispersed camping sites are undeveloped, they require campers to be much more self-sufficient than they would need to be in a developed campground.

Dispersed camping is the most primitive form of camping. The term “dispersed” refers to the fact that there are no developed campsites with amenities such as restrooms, showers or water. Dispersed campers must be self-sufficient and prepared to handle any emergency situation that may arise during their stay.

A dispersed campsite typically consists of a cleared patch of ground large enough for one tent. Some areas require campers to camp at least 100 feet from lakes, streams, trails and roads. In general, dispersed sites are located in relatively remote areas where there is little danger of being disturbed by other campers or hikers.

Here are 3 tips I got when preparing for my first visit to a dispersed site:

Make sure you have all the necessary supplies before you leave home. This includes firewood, food and water, cooking equipment and dishes, a flashlight or headlamp with extra batteries, toilet paper and other sanitation supplies, insect repellent and sunscreen (or other skin protection). If you’re camping in bear country, bring bear spray as an additional precaution against encounters with bears.

Bring enough drinking water for everyone in your group; don’t count on finding running water at the campsite itself. You can bring along a portable water filter or buy bottled water from grocery stores along your route if you need extra supplies on the way there or back home again after your trip.

Check out local weather reports before heading out for your trip so that you know what conditions you are getting into.

Permitted or Not – Critical

If you plan to camp away from established campsites, it’s essential to know where you can legally camp and what facilities are available before you leave home.

For the most part, dispersed camping is permitted on public lands managed by federal agencies such as the Forest Service and Bureau of Land Management (BLM). However, there are some rules that apply to dispersed camping:

You may camp only in places where there is no posted sign prohibiting camping. If you see a sign that says “No Camping,” obey it.

If you want to camp near water sources (such as lakes), make sure they’re safe before you settle down for the night.

Who Makes the Rules on Your Chosen Site

Dispersed camping rules vary by land management agency, so check with the local ranger district or forestry service office where you plan to go before making your trip.

Dispersed camping is allowed on public lands managed by the Bureau of Land Management (BLM) and U.S. Forest Service (USFS). Some national parks and all national forests require a campground permit unless you stay in a designated site.

You can camp anywhere on BLM, but you must be at least 100 feet from any road, trail or water source. On USFS, the minimum distance from trails and roads varies depending on the location. Check with your local forest service office for details.

Campfires are allowed in most areas with an open flame permit. Open fires are prohibited in many areas during fire season (typically June through September), so check with your local ranger district or forestry service office before lighting one up.

With minimalist equipment and a willingness to rough it, dispersed camping might be right up your alley. Being intimately connected with Mother Nature is the big payoff here and well worth the small amount of effort it takes to claim your piece of the great outdoors.

As you can see, dispersed camping is a great way to spend time in nature. Perhaps you’ve always wanted to camp, but had nowhere to go. Now you do.

I would also encourage you to take some precautions as well – disperse when you’re near/ in an urban environment (or put up a notice saying that you’re camping off road), and at least try to camp on land that doesn’t look like it’s been used too much for this purpose.

That’s not only safer, but it’s also better for the environment in one small way. If you have any other questions or suggestions, by all means let us know in the comments. 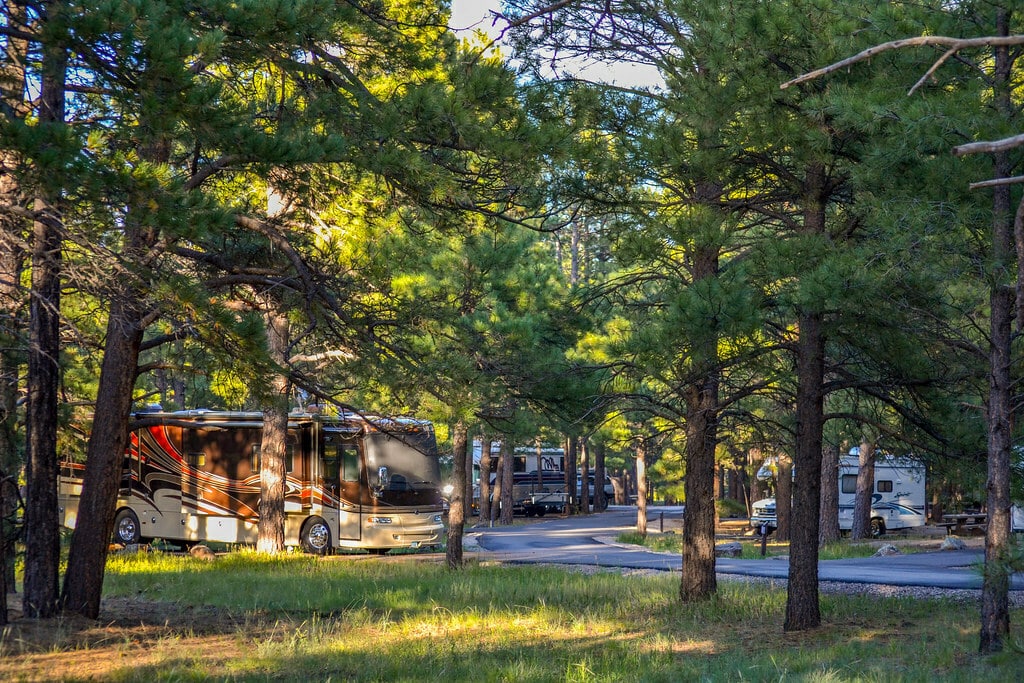 2 thoughts on “What is Dispersed Camping? Here are 6 things to know”